Transported from Tingha and faithfully restored, this is the original home of Sidney Hudson Darby, who arrived in NSW with his wife and children in 1840. In 1841 he and his partner J.H Goldfinch took up "Tiengah" run, an area of 80,000 acres. It is recorded that the actual move from "Cressfield" in the Hunter Valley to "Tiengah" took six months by bullock wagon. The children, their faithful nurse, other servants and workmen accompanied Sidney and Mary Ann Darby. Supplies for six months, and furniture, which included piano, bolts of materials, saddles and harnesses, all had to be transported. The bulkiest and heaviest item was the timber for the new homestead. Seasoned, adzed and ready for erection, the bullocks dragged it over the range toward its unknown destination and it stands today as the oldest building in the Pioneer Village depicting the settlers first home.

Though "The Grove" was the home of Mary Ann Darby its contents today belonged mainly to her friend Mary Anderson. Mrs Anderson and her husband Dr C.A Anderson arrived in 1840 and purchased "Newstead". In the bedroom there are many items belonging to Mary Anderson: the silver topped toilet bottles are engraved with her initials and the large lead lined box is one of the original boxes shipped from England with their possessions. In the small parlour the spirit of Mary Anderson still pervades. Here can be seen her mourning notepaper, printed for her in England, her silver tea set and her own unfinished embroidery.

In The Grove Parlour is a framed sampler worked by Emma Marston in 1854. Emma later married Sydney Hudson Darby Jnr. This sampler and scarf belonging to Emma Marston Darby was donated by Mrs Mangleson, who is a descendent of the Darby family.

Because of the danger of fire, kitchens were always detached. This room was the hub of activity of any station. Around the ample fireplace and under oil lamps the family would gather at the end of a hard days work. Into the kitchen with its cedar table, often blackened with smoke and age, came all the produce gathered from the garden or the bush. That, which was not simmered in the great cauldron or brewed in the three legged pot, went into the camp oven or hung to dry before the fire. As Dame Mary Gilmore has said "the secrets of nearly a century of gathering went out with the fireplace".

The ‘little house’ at the rear of "The Grove" demonstrates the settler’s ignorance concerning hygiene. All over Australia streams from which the drinking water was drawn were polluted and many old graveyards testify to the spread of infectious disease. It has been suggested that if corrugated iron had not been introduced in the middle of the 19th century, the colony would have been destroyed by typhoid. Corrugated roofing iron superseded bark and shingles and provided a means of preserving rain water. The value of corrugated iron to the settlement of Australia has never been fully appreciated. 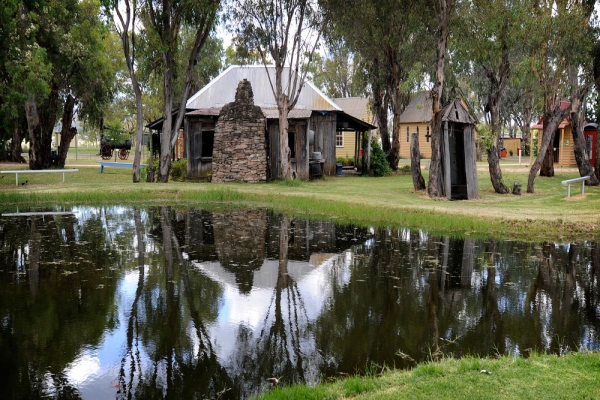 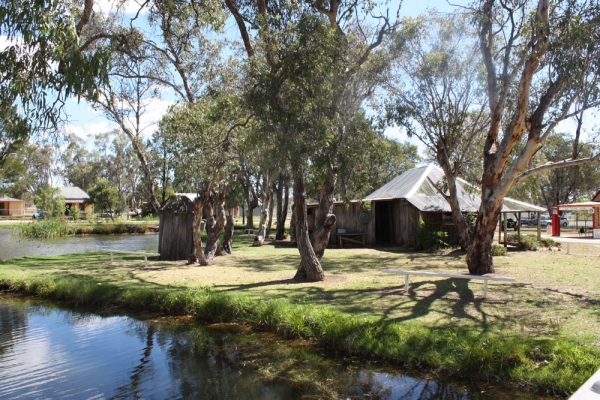 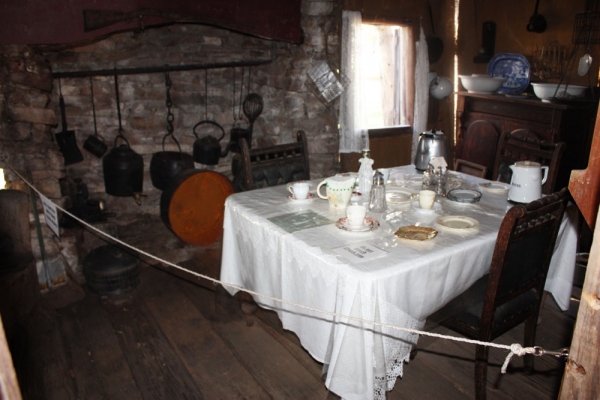 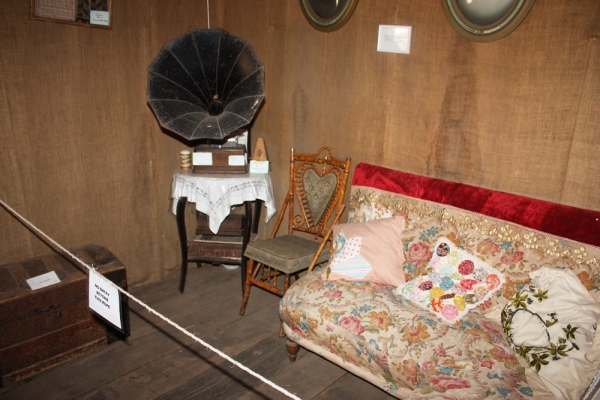