This office was established on 14th August, 1906. The opening of the office provided facilities for the residents of this small settlement to send and receive telegrams. Aberfoyle is 50 miles east of Guyra on the eastern fall of the Great Dividing Range. Possibly the office keeper provided postage and the office was referred to by residents as the "Post Office".

The building was erected by Mr F J White of "Bald Blair" and the first entry of an office keeper was made in his name. His annual allowance was £2.10.0.

A telephone exchange was established on 24th September, 1910. The directory showed subscribers as follows:

The change over to automatic working took place at 7am on 19th January, 1972.

In early 1900, telegraph facilities made an enormous difference to the quality of life in the country both on properties and in provincial towns which grew rapidly as communications improved. Henceforth the farmer and grazier could communicate with his agents. He could buy and sell land and stock by remote control. Employees became less remote from their fellows and could move with the changing labour market more effectively. The primitive days of country settlement, so remote in retrospect but so arduous in reality, had finished forever. 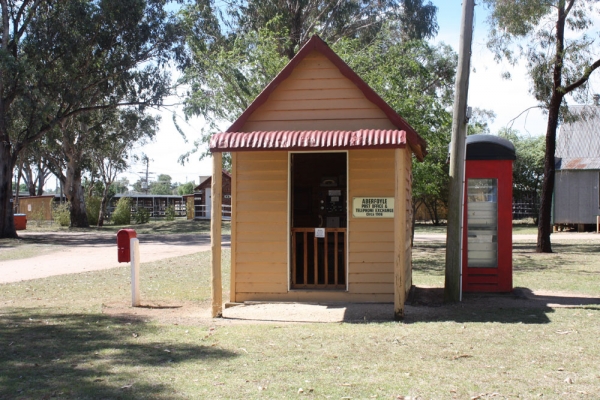