In 1890 George Mepham moved from "Rye Green", Bukkulla, to "Shadwell Hills", Elsmore, with his wife and family of two stepdaughters, eight sons and four daughters. They lived in a bark hut but immediately built this kitchen. Then a substantial home was built by a W.F Stenz for them. However this kitchen was the hub of the family life. The large black stove was the original one and Mrs Mepham baked bread in batches of twenty four loaves every week.

The Kitchen was donated to the Village by Mr Reg Mepham one of the surviving members of the family still living in the district.

The Milepost was used on the road between Inverell and Maybole and was situated 17 miles from Inverell. "M" stands for miles. 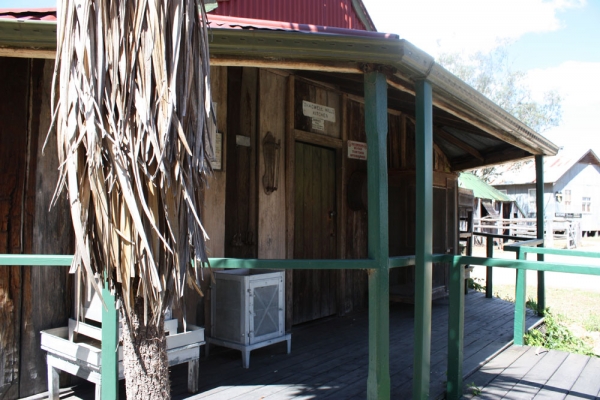