The gates were built and designed by the late Jack Littlewood, the first President and Life Member of the Village. The posts are from one tallow wood tree felled in the Washpool State Forest. The gates were made of hardwood slabs taken from the old "Kempton" homestead, Tingha. Mr Len Griffey made the gudgeons on which the gates hang; Mr E Waters made the gate hinges, and Mr W Baker made the lock and key. The lamps are the original Kerosene lamps which graced Inverell’s streets at the turn of the century. The cast iron relief which spans the gates was cast by the Inverell Foundry in a mould designed and built by Mrs Una Roseby. It depicts a tired stockman shielding his eyes against the western sun. In 1836 the Government of NSW acknowledged the impossibility of restricting settlement within the nineteen counties so places such as Inverell resounded to the first axe and the bullock teams. This was the way Inverell began and in the forefront of this vast migration of men, horses, flocks and herds in search of more and better pastures went the stockman and his packhorse. 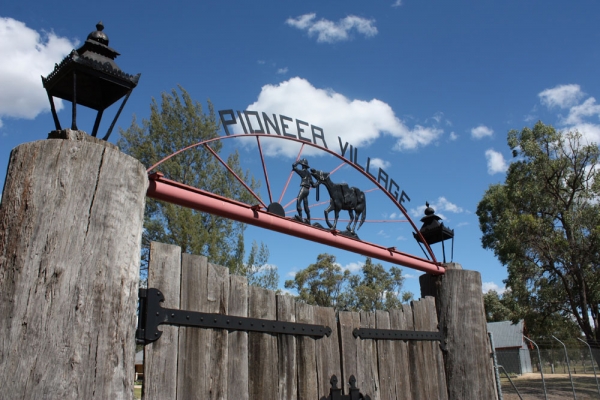 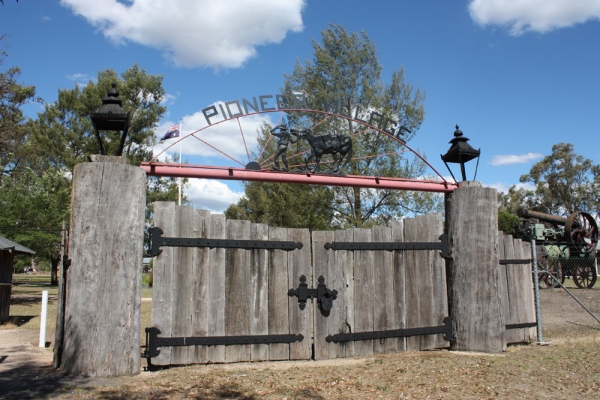