The sawn slab cottage was built in the early 1890's by the Lucus family on an unnamed property 11kms from Inverell on the Warialda Road.

It was constructed on red ironstone rock foundations and was used for a type of half way house and resting place for people, bullock teamsters and horse teamsters. Overnight stops were common and the usual socials of those days held. Teamsters and other travellers having carried their own refreshments usually in bulk, stone jars and wooden kegs being popular those days.

An old corrugated iron kitchen, which still stands complete with open fire, was used for dances and socials during the early 1800's. An aboriginal camp was apparently in evidence approximately 30 metres from the house, stone axe heads being uncovered when land was cultivated in the 1930's.

Before Mr Gooda purchased the property "Box Hollow" in 1932 it was owned by Mr Chris Stenz. The cottage was shifted from Warialda Road to Greenwood Lane by Mr Gooda in 1960 still on the "Box Hollow" property. 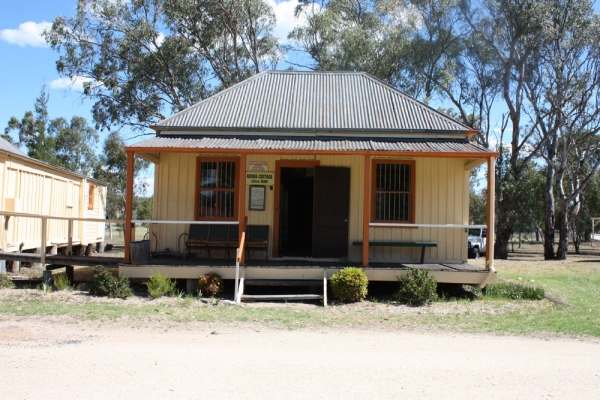 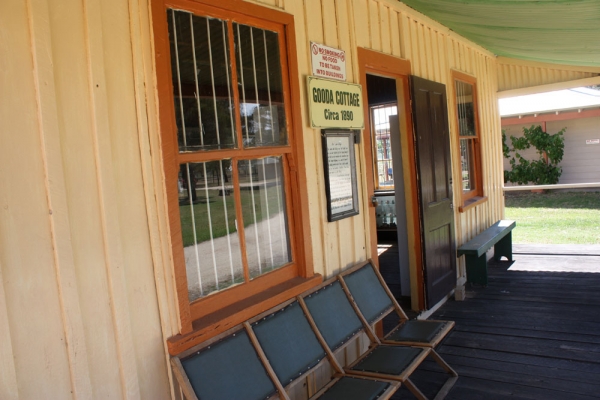